How Backpacking Saved Me Again 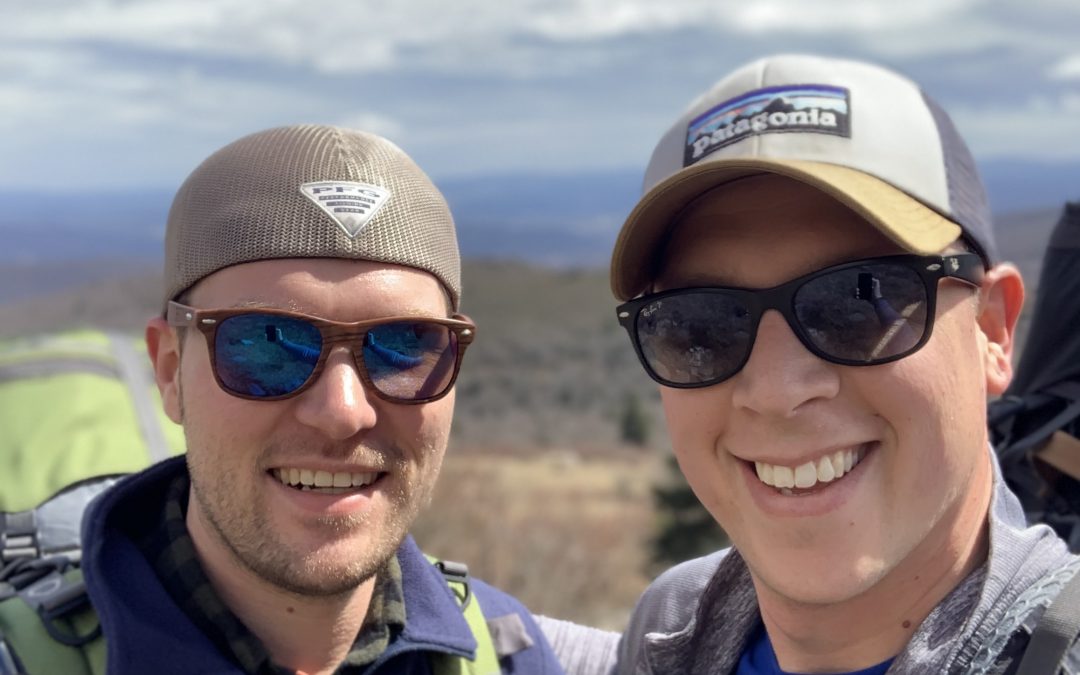 I could have chosen to hit the bottle. That wasn’t for me. In fact, the best advice I ever received was more of a reminder. Alcohol was for celebrations. Not for sadness. Never drink when you’re sad, lonely, or depressed. Only drink to celebrate. Only drink to toast others for their accomplishments.

When I was a kid, I had an obsession with camping gear. I loved tents, cooking sets, and building fires from nothing. As I got older, my obsessions stayed with me. I bought all of the backpacking gear I could afford. Only, I didn’t backpack. I put all of my gear in a motorcycle and would take weekend trips, camping wherever I could find somewhere open for the night.

As life hit and I felt alone, I ran into Josh. We started taking backpacking trips and developed what would become Frontline Freedom. Things were going great. I was happy, healthy, and helping others in the process.

Then life hit me again. As it tends to do so unexpectedly.

I received a frantic phone call from my aunt. I could hear my dad screaming in the background. My heart sank.
My aunt said, “David, your brother is dead. He killed himself. He’s gone.”

It was December 1. Just a few days after thanksgiving. I never got to say goodbye. In the ensuing chaos that consumed my family, I did what I always do. I hid my emotions and tried to stay strong for everyone else. I offered encouragement and tried to help people understand that they would never fully understand. We cried, we laughed at old stories, and we wondered why.

My mom called me. She was crying on the other end of the phone. “It’s bad, Dave. I need you.” Once again, the surge of adrenaline through my veins made me feel numb as I prepared for her following words. “Michael is dead.”

Michael was my step-brother. We came of age together and became adults at the same time. He was a good man who always provided for his family. Years prior, he became a victim of prescription pills, which turned to heroin use. He fought his demons in and out of rehab. Addiction is an odd thing. He never wanted to be addicted, but the disease overcame him.
He died of an overdose before leaving for work.

Once again, the family was in a state of mourning.

My younger brother, Ryan, was struggling with all of it. I was too. Yet, I again hid my emotions and tried to be the comforter to everyone else.

Luckily, Frontline Freedom had a trip planned between Michael’s death and his funeral. I told my brother, Ryan, that he needed to be on that trip with me. As we tend to do so, we went to Grayson Highlands and backpacked.

I remember looking over a ridge and wondering how to make sense of everything. Here was all the beauty of nature, and I couldn’t help but think that my two brothers would never see sunset again. They would never feel the rush of cool air on their faces again. I looked at Ryan as he watched the sunset over the ridge, and I could see the same look in him.

While I may have been in a sad place, the woods did something for me. It did the same thing it had done when I was a kid and again as an adult just four years prior. They gave me perspective. They gave me a chance to talk to the people on the trip. They allowed me to feel.

Sometimes, we lose feeling. Sometimes, that numbness we feel when we brace for bad news never goes away. Backpacking amid all that turmoil gave me back what I had lost. It gave me feelings, emotions, and, most importantly, safety.

I’ll admit it. I tend not to be a vulnerable man. I fall victim to some sort of never-showing ‘weakness’ mentality. That’s wrong. Weakness is not allowing yourself to heal. Weakness is not showing others that you’re a human.

Backpacking gave me the ability to share. Sharing brings vulnerability yet, courage. Strength comes from sharing. Power comes from admitting that sometimes the people who are always there for other people do, in fact, need people for themselves as well.

That trip was the perfect trip at the ideal time.

I am stronger for going and continue to be stronger today from the lessons I learned while on a trail.

**The above photos is of me and my brother, Ryan, on the Grayson Highlands trip**